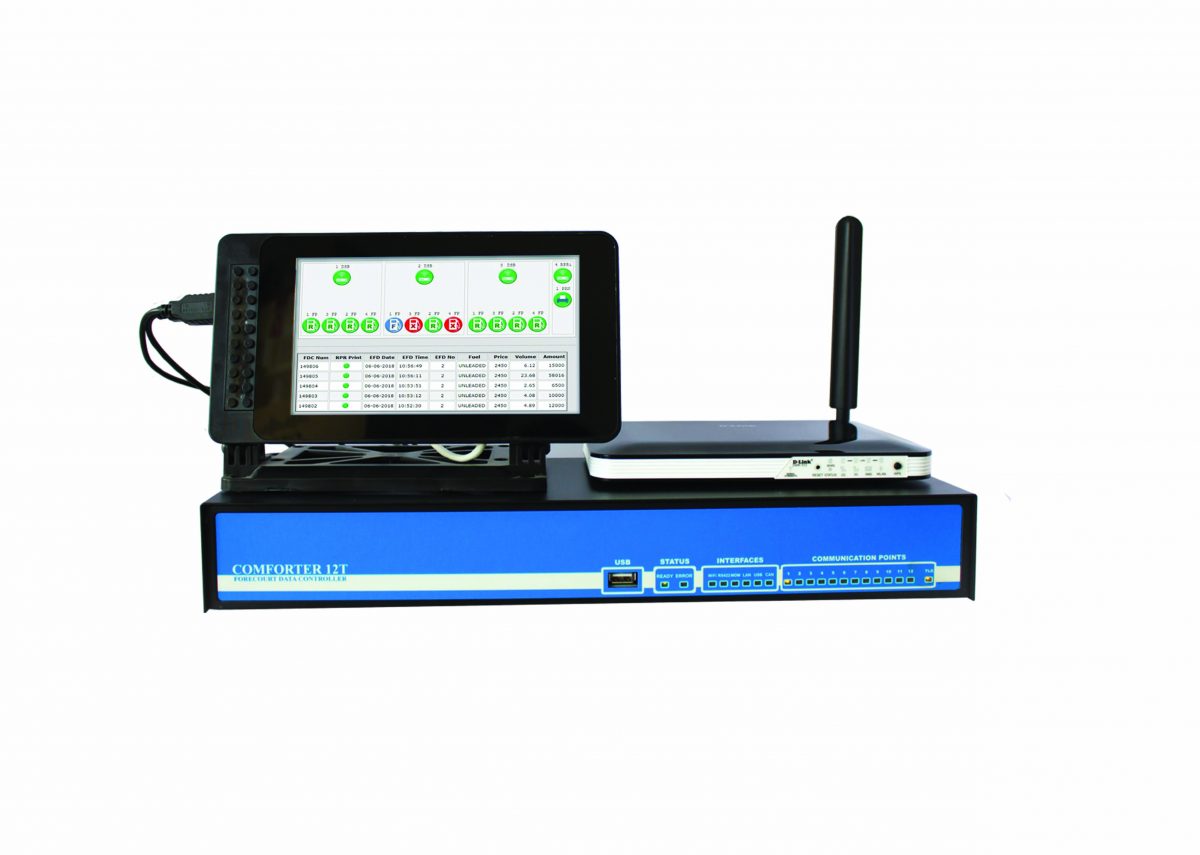 In the beginning of 2017 Tanzania Revenue Authority (TRA) directed all owners and operators of fueling stations in the country to fix EFD machines to the gasoline pump systems. As subcontractor and partner of the official Electronic Fiscal Device (EFD) suppliers in Tanzania, ROHE Automation had the opportunity to implement on the market their most sophisticated and innovative product RoSyS Comforter 12T – an intelligent forecourt data controller that seamlessly connect all forecourt dispensers, tank-gauging, price sings, points-of-sale (POS) and electronic fiscal devices (EFD) into one unified data management system and thus preventing fuel loss, managing the forecourt employers and devices as well as giving fiscal data and reports in real time.

The RoSyS Comforter 12T forecourt control solution was checked and approved by Mr. Charles Kichere – Commissioner General of the Tanzania Revenue Authority (TRA) during one of his visits on GBP petrol station in September 2017. Mr. Kichere ran some tests of the system and gives his high estimation about the performance of RoSyS Comforter 12T.

Fulfilling the project on time ROHE Automation covered 95% of all petrol stations in Republic of Tanzania as well as on 100% of those who are automated. Among the customers who had been equipped with forecourt control system RoSyS Comforter 12T were one of the biggest petrol stations chains on the market such as:  LAKE OIL, GBP, OILCOM, ORYX ENERGIES, MOGAS, AFROIL, PETRO AFRICA, MOUNT MERU as well as many other small companies.

“This was a huge and very responsible project that I am proud and confident to say that we finished successfully on time”, said Mr. George Pangev, General Manager of ROHE Automation Ltd. “I would like to thank to all our partners, customers and employees without whom proficiency, expertise and efficiency this project would not be realized in such a prosperous manner. “